(Republican Insider) – The fraud Dr. Fauci has been caught in a lie, yet again. Nobody has been more intent on proving Dr. Fauci is a phony and a charlatan than Senator Rand Paul (R-KY) and this latest news has certainly got him worked up.

Sen. Paul says new public documents reveal the extent of US funding of coronavirus research in Wuhan, China and proves that Fauci lied during his previous appearances before Congress.

Fauci has been adamant in his denials that the National Institutes of Health funded gain-of-function research in Wuhan but Sen. Paul has been hot on Fauci’s trail in his efforts to expose the truth to the American people.

On Tuesday, Paul blasted Fauci in a tweet, asserting that Fauci has “lied again.”

“And I was right about his agency funding novel Coronavirus research at Wuhan,” Paul said in the tweet.

The tweet also included a link to an Intercept report with 900 pages of FOIA documents revealing Fauci funded coronavirus gain-of-function research at the Wuhan lab.

“Read this thread and the papers released.”

And I was right about his agency funding novel Coronavirus research at Wuhan.

Read this thread and the papers released. https://t.co/zQizKXLdbd

"The trove of documents includes two previously unpublished grant proposals that were funded by the NIAID, as well as project updates relating to the EcoHealth Alliance’s research, which has been scrutinized amid increased interest in the origins of the pandemic."

Paul has been the first lawmaker to openly and publicly confront the flip-flopping Fauci about his funding of controversial gain-of-function research at the Wuhan lab.

The exchanges between Paul and Fauci are never dull. In the first confrontation during a Senate Committee on Health, Education, Labor and Pensions in May, Sen. Paul noted that the NIH was funding the gain-of-function research through the EcoHealth Alliance group.

Fauci just thinks Americans are too stupid to put the pieces together.

During the next exchange between Fauci and Paul, at a hearing in July, Paul directly accused Fauci of committing perjury by lying to Congress about the NIH’s role in funding the gain-of-function research.

Again, Fauci was indignant at the accusations and continued acting as in Americans, including Paul, are just too stupid and unlearned to understand anything. Fauci loves to pretend as if nothing is really as it seems.

“Senator Paul, you do not know what you’re talking about, and I want to say that officially,” Fauci snapped.

“If anybody is lying here, Senator, it is you.”

The report by the Intercept revealed that the US government funneled $3.1 million into EcoHealth Alliance which ended up going directly to funding bat coronavirus research at the Wuhan Institute of Virology.

According to the report, nearly $600,000 of that federal money was used specifically in finding and altering bat coronaviruses that could jump to humans and infect them.

there is an easy clue; the acknowledgments section of the paper attached in Fauci's panicked e-mails obtained via FOIA. this is the work "expressing the spike of bat coronavirus SHC014 in a mouse-adapted SARS-CoV backbone". pic.twitter.com/WbLIGDouRE

So we paid the CCP to develop the virus that they unleashed on the world…Not surprising…The media will probably dig into this now just to avoid the Afghanistan disaster but that’s not going away anytime soon either .. https://t.co/Ud9YKvmrTt

"You can manipulate them in the lab pretty easily"

"… inserting the spike protein into a backbone of another virus"

"[…] insert these other related diseases and get a better vaccine.”

It’s undeniable now that Fauci lied to Congress repeatedly and committed perjury which is a federal crime. Don’t expect the corrupt Biden DOJ to give a damn though. They’re too busy fighting lawful efforts to audit the 2020 election to care about Dr. Fauci being a complete fraud, liar and a criminal. 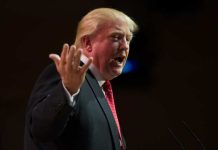